Thankfully the weather stayed dry and sunny to allow our anniversary party to be held in the natural setting of Hagg Wood.  We had a really good turnout of around 70 local people to join our celebrations and make the day a great success. There was music and songs from the Dunnington Community Choir and Woodsmoke. This was also supplemented by refreshments of soft drinks and cakes.  We were also joined by Frank Dobson and John Grogan, who both helped to save Hagg Wood from being sold off when they were MPs.

It all underlines how worthwhile our sustained efforts over the years have been in helping to keep Hagg Wood accessible to people and improving its natural environment. 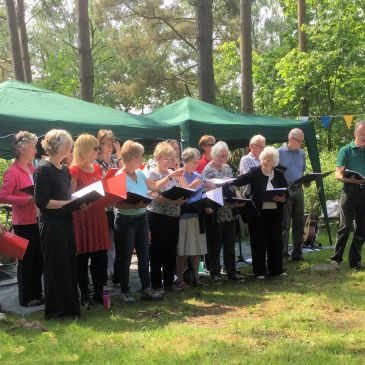 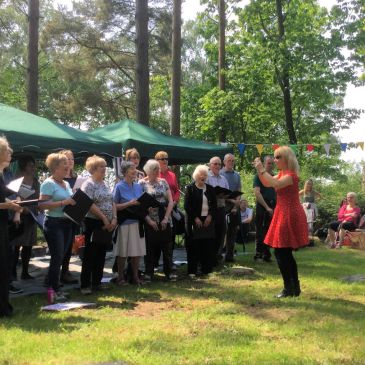 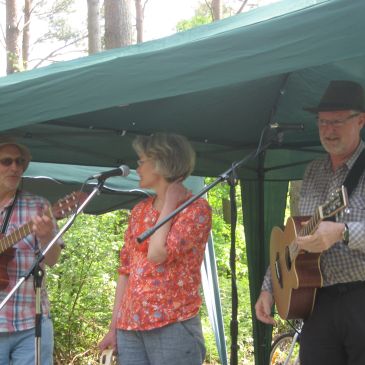 To catch the mood of being in the wood the following poem was composed by Jeanette Parkinson:

In the middle of Hagg Wood

Here we sit as quiet as can be

I wonder what’s hiding behind that tree

There’s mud on the ground and some on my welly

And lots of that fungus that’s ever so smelly

If I was a squirrel I would climb up high

To the top of that tree and reach the sky

But I’m only human so I’d better not try

Or I’ll be stuck in the middle of Hagg Wood

Our next work party is on Saturday  18th June  and we would be delighted to see any new volunteers.  We meet at 10 am at the top of Intake Lane and work until 1 pm with a break midway, but even help for just an hour would be appreciated.  All the necessary tools are provided.